Surya Namaskar: Everything you Need to Know 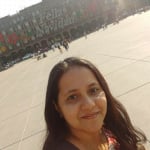 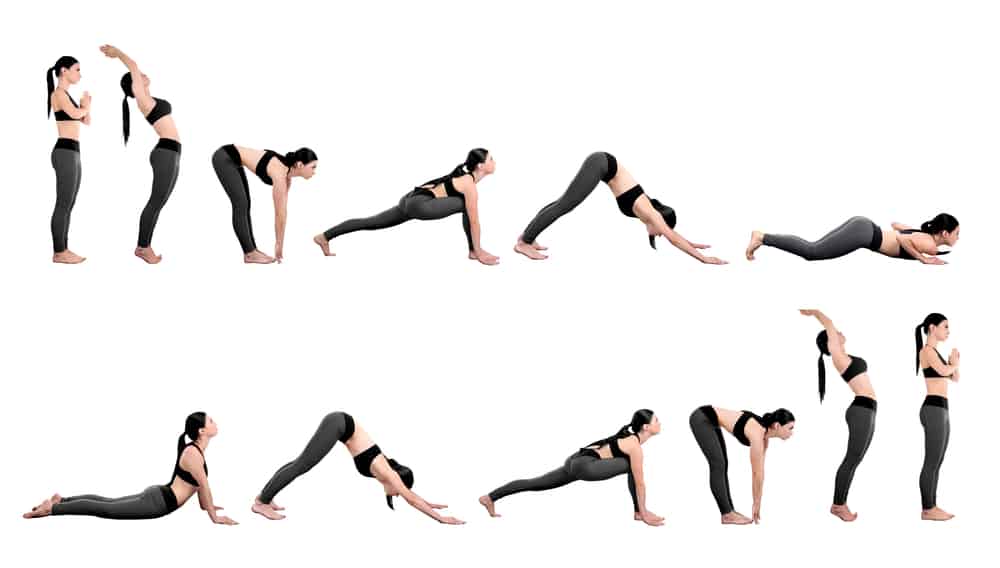 Surya namaskar or sun salutation is an age-old and popular technique of paying respect to the sun – the source of all forms of life. It is performed through a systematic sequence of 12 powerful yoga poses.

Surya refers to the Sun and Namaskar means Salute or Salutation. Its richness is not just symbolic due to its mythological beliefs, but it’s known to bring an immensely positive impact in our physical as well as mental well-being.

This form of yoga is a series of 12 poses which makes one set, and every round of sun salutation comprises 2 sets. There are also different versions or forms of this yoga, which we’ll explore later in this article. However, experts advice to follow one specific version and continue the same on a regular basis for effective and best results.

Doing surya namaskar early in the morning at sunrise on an empty stomach leads to best results. Going back to our roots, ancient saints and sages stated that there are Devas (divine desires/lights) that regulate different parts of the human body. The solar plexus is a central point of human body located behind the naval, and known as the second brain is connected to the sun.

Surya namaskar can help you learn to enhance the solar plexus by internalising the sun as part of your body system. The 12 poses of surya namaskar are intended in a way to help you sync the 12 sun cycles with your physical ones. When done regularly and efficiently, sun salutation enhances your confidence, intuitiveness, creativity, and mental abilities.

Surya namaskar could be a great cardiovascular workout when performed at a fast pace. Also, it can be equally calming and insightful when the 12 poses are done at a relatively slower speed. All the steps of surya namaskar together are as good as a total body workout.

The 12 postures, also referred to as surya namaskar poses, stretch your body and increase its flexibility and strength with regular practice.

Let’s have a look at the steps of sun salutation which helps in revitalising your mind, body, and soul. The guide also facilitates you with tips on how to deepen into each pose for better results.

Read More : Complications of Hypertension that you should Know Now!

Repeat the poses, this time taking the left leg behind in Ashwa Sanchalasana (Equestrian Pose). This completes one set of surya namaskar. Try to repeat these surya namaskar steps 12 times to reap the best results. You can begin with a few rounds and gradually keep increasing. Don’t push your body from the beginning. Take it slow.

To end these surya namaskar poses, lie down and relax your body. Your body needs enough time to cope with the effects of the stretches of your surya namaskar postures (sun salutation). Just lying down and being at peace can give your body and mind enough rest.

Surya namaskar mantras are the chants which while reciting during the surya namaskar postures bring harmony to body, breath, and mind. The more you practise it with the mantras, the deeper the benefits. When performed with sincere gratitude, it can uplift your surya namaskar yoga experience to a divine level.

Let’s get acquainted with these 12 surya namaskar mantras to be recited with each posture.

Surya namaskar helps in shedding fats (literally) in areas such as hips, thighs, abdomen, chin, and neck. Regular and disciplined practice of sun salutation enhances your metabolism, which in turn helps to reduce weight in the belly area by stretching the abdominal muscle. Surya namaskar postures are also great for toning the abs and strengthening the musculoskeletal system.

One of the finest benefits of sun salutation is that it revitalises the nervous system consisting of brain and spinal cord, improving your concentration power.

All the 3 doshas – Kapha, Vata, and Pita can be balanced with the help of surya namaskar. These elements might suffer an imbalance due to various factors. Weather, daily work stress, food, sleep can all affect the doshas. Nevertheless, they can all be balanced easily with regular and sincere surya namaskar practice.

The concentrated inhalation and exhalation process throughout each surya namaskar posture keeps the blood oxygenated. Enhanced flow of fresh blood in the body system is a great way to detoxify from toxic elements and carbondioxide.

Enhances the glow of skin and quality of hair

Adding to the list of surya namaskar benefits, it has the capability to reduce sugar levels. As a result, the risk of heart attack reduces. Your eyes, kidneys, and nerves stay healthy as well.

One of the benefits of sun salutation is also enhancing your creative and mental capabilities by creating a sense of balance between your left and right brain. The breathing techniques in sun salutation have a positive effect on your nerve cells bringing you emotional stability.

Not being restricted by borders, surya namaskar has now evolved into diverse forms, resulting in its different variations. The classic sun salutation can be performed in 3 different ways – namely, Hatha, Ashtanga, and Iyengar.

Under this practice, surya namaskar has 2 forms. The first form has 9 poses, while the second one has 17-19 poses. The vinyasa flow in both the type needs to be maintained properly. As Ashtanga yoga is physically challenging, the second form requires more time and practice.

The surya namaskar steps in Form 1 include:

The surya namaskar steps in Form 2 include:

In this variation, surya namaskar is performed through the 12 classic postures which we’ve learnt above in this article. The emphasis in this form is on breathing.

Like Hatha, Iyengar sun salutation is also performed in the 12 postures, but with more emphasis on speed and energy. It’s usually done faster than other forms of surya namaskar.

Though it has many advantages, there could be disadvantages of surya namaskar for people suffering from below conditions. They should consult their doctors/therapists/yoga instructors before doing surya namaskar.

There could be certain ill-effects of surya namaskar when not performed correctly. Many times, people, especially beginners tend to make certain mistakes while attempting surya namaskar, which might lead to certain health troubles. Let’s read the most popular ones.

If you’re one of the victims of today’s fast-paced lifestyle who still wants to stay healthy, surya namaskar is your go-to exercise. In spite of being an ancient yoga technique, it still holds a proven track record of improving lifestyle physically, emotionally, and psychologically.

Here Comes the Sun: The Tradition of Surya Namaskar/https://www.yogajournal.com/poses/here-comes-the-sun/Accessed on 30/10/2019

The Complete Guide To Surya Namaskar or Sun Salutation/https://www.stylecraze.com/articles/the-complete-workout-surya-namaskaras/Accessed on 30/10/2019

Surya Namaskar – A complete detailed guide for a perfect yoga workout/https://www.artofliving.org/in-en/yoga/yoga-poses/sun-salutation/Accessed on 30/10/2019

10 Warning Signs of being Overweight